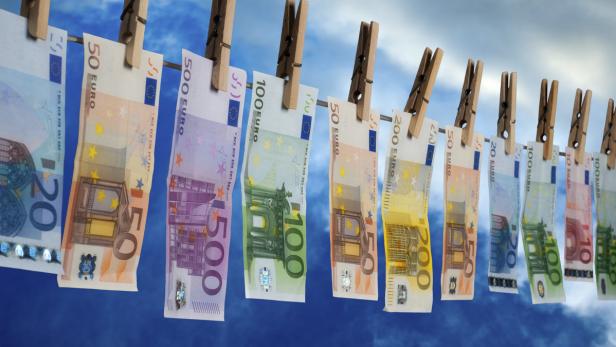 Focus on shady transactions that have gone through the “laundromats,” not the banks themselves.

Recent allegations that banks in the Nordic countries and the Baltics have handled large volumes of suspicious transactions, often involving parties from the former Soviet Union, draw attention to a problem that afflicts banking throughout the world: hard-to-detect trade-based money laundering.

The most recent laundering allegations were made public in an investigation of the so-called Troika Laundromat by the Organized Crime and Corruption Reporting Project, a nonprofit that focuses on investigative journalism. The inquiry involves a network of offshore companies allegedly linked to the Troika Dialog investment bank in Moscow. Between 2006 and 2013, these companies reportedly moved billions of dollars through accounts at a Lithuanian bank using trade-based strategies. According to the OCCRP:

Many of the large transactions were made on the back of fictitious trade deals. The bogus deals were invoiced variously as “goods,” “food goods,” “metal goods,” “bills,” and “auto parts.” All the invoices included in the leak were signed by proxies and sent from Troika.ru email addresses.

If the allegation proves correct, such transactions would come under the definition of trade-based money laundering, a method that is widely used by criminal organizations and as a channel for capital flight from developing economies. Global Financial Integrity, a Washington-based research organization, estimates that trade misinvoicing accounts for 18 percent of developing nations’ trade with developed economies. 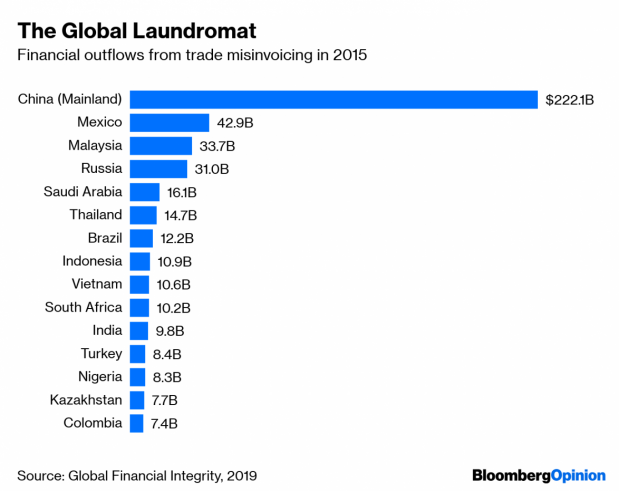 Full disclosure: As a banking executive in Moscow in the 2000s, I sold some Troika retail products in my network, and the investment bank entertained me and some colleagues in the South of France once in 2008. I’ve also always liked Troika’s founder, Ruben Vardanyan, who is intelligent, sincere and easy to talk to. He was one of the cleanest, most principled operators on the Russian financial market in the 1990s and 2000s. But these personal anecdotes are tangential to my analysis of private banks as “laundromats.”

Private banking clients can be capricious. When they’re rich enough for a bank to attach a high value to the relationship, these customers sometimes receive services that an ordinary client can’t count on – like helping hide money ahead of a nasty divorce or setting up a tax-avoidance vehicle. Such services often require “technical companies” to mask transactions. (Vardanyan told OCCRP that he always follows the law and that the entities the journalists discovered were “technical service companies” for Troika’s wealthy clients, including himself).

Wealthy clients from developing nations often need these special services because of the risks of doing business in such countries. Obscuring transactions can be a matter of avoiding unwanted attention from organized crime and law enforcement (in some cases, it can be impossible to tell which is which). Sometimes, dysfunctional governments make transparent dealings suicidal for businesses; that’s a reason why, according to Global Financial Integrity, outflows from misinvoicing accounted for more than 95 percent of Zimbabwe’s trade in 2015.

For a bank, a lack of understanding of these circumstances can mean a lack of wealthy clients.

But it often is difficult for banks to detect trade-based money laundering by shell companies that are account-holders. That requires, for example, scrutinizing transactions that look like trades of goods for signs of overpricing and underpricing; even a competent banker can’t always verify whether a properly documented deal is fictitious. Of course there are telltale signs, including exotic company domiciles or the involvement of multiple parties on each side of the trade. But ultimately, a bank cannot physically check shipments, just documents. The question is always how far banks can go with the checks before legitimate clients take their business elsewhere.

That explains the scale of trade-based money laundering, especially in the developing world.

Russia isn’t among the top three countries with the biggest illicit outflows from trade-based schemes. Yet it’s getting all the attention in the current political climate. I welcome this focus: About $1 trillion of plundered money has poured into offshore jurisdictions in the last three decades. Much of that wealth is obtained through corruption, tax evasion and violent crime. Once the country is free of President Vladimir Putin’s regime, it would be great if it could recover some of that money. The West, too, could worry less about Russian shenanigans if there were less toxic Russian money sloshing around in Western financial systems.

One way to tackle the problem is to put pressure on banks, making them suffer for lax controls in the past and force them to err on the side of caution in the future. That’s what’s happening now in the Baltic and Nordic states. But since the demand for laundering services will remain, the flows will likely be reoriented to other banking systems. Because of the difficulties of detecting trade-based setups, sometimes just a small group of greedy bank employees can blow a billion-dollar hole in the controls. Despite all the efforts to fight money laundering, trade-based illicit outflows have mostly held steady: According to Global Financial Integrity, they accounted for 24.9 percent of emerging economies’ total trade in 2015 compared with 26.3 percent in 2006; the share has even increased in Sub-Saharan Africa and Latin America.

“Concerted regulatory action has led to headline-grabbing penalties, but these continue to be fairly insignificant compared to the gains reaped from managing high-risk transactions and customers,” Daniel Neale of Global Financial Integrity wrote in a recent blog post.

Although it’s useful to put bankers on notice that they are being watched, it could be more productive to focus on specific transactions that have gone through the “laundromats” discovered by investigative teams such as the OCCRP. They include corrupt officials acquiring yachts and expensive real estate and crooks hiding the proceeds of known scams. The OCCRP plans to publish stories detailing some of these specific transactions.

The banks provide the infrastructure for moving money around; the principal criminals in laundering cases are the people trying to hide ill-gotten gains. Going after them, and prosecuting the cases so that assets can be frozen, is probably the best possible deterrent to laundering.