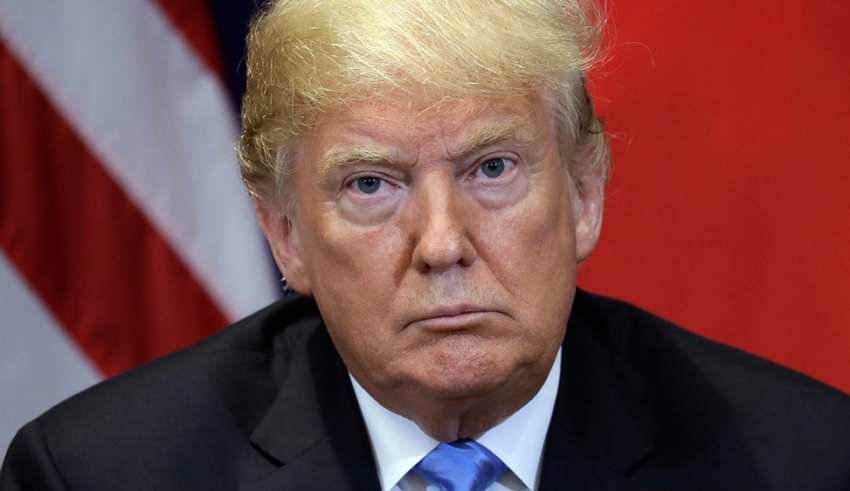 As Trump’s Deal of the Century looms, a Carter-era State Department legal opinion surfaces which gives an advantage to the Arab side.

With Trump’s Deal of the Century in the offing, an anti-Israel legal opinion in the State Department has surfaced, which outlaws all Israeli communities over the Green Line. CUFI, which speaks for 4 million Christians, as well as the RCA and ZOA, are urging the Administration to rescind the controversial document. The fear is that Israel will be in a disadvantageous position if the „Deal of the Century” is published and an official pro-Arab legal opinion, negating all settlements, remains intact. Pro-Israel organizations call for the opinion, also known as the Hansell memorandum, to be rescinded, while BDS organizations are relying on it. The controversial legal opinion is even starring in a Palestinian-American lawsuit filed against Sheldon Adelson and other prominent pro-Israel Americans. Since the opinion, authored by the late Attorney Herbert Hansell at the request of his superiors in the Carter Administration, has not been revoked or updated, it is still valid.

Distinguished legal experts in the West, as well as the State of Israel, are adamant that Israel’s settlements (communities in Judea-Samaria) are legal. But the Hansell memorandum, penned by the legal adviser to the State Department under President Carter, unilaterally adopts Arab legal arguments, bolstering an anti-Israel position according to which all Israel’s settlements in Judea and Samaria are actually illegal.

Arutz Sheva has learned that both Jewish and Christian groups in the United States are calling for the opinion to be rescinded, given that leading legal experts support Israel’s legal position. In addition, the chairman of the Israeli Knesset’s Constitution, Law and Justice Committee, MK Nissan Slomiansky, appealed to the Trump administration several months ago, also requesting that the opinion be revoked. The author of the opinion himself admitted the opinion was „controversial”, wrote Slomiansky in his appeal to American Ambassador David Friedman. However, contrary to the accepted practice, Slomiansky’s letter is still waiting for an American reply.

Zalman Shoval, former Israeli ambassador to the United States, recently revealed that a second American legal opinion was penned by a government legal adviser, which differs from the negative opinion of the State Department. The second opinion was written by a legal adviser to the White House National Security Council and does not yield a conclusion of settlement illegality, Shoval explains in his recent book. However, the adviser to the National Security Council, who has since resigned and returned to academic life, opposes the US confirming legality of settlements for political rather than legal reasons: not to help Israel too much in her negotiations with the Arabs. In addition, this second opinion is not available to the public, in contrast to the negative opinion against the settlements, which is available to the public and appears on the website of a leading Palestinian-American group.

Assessments are that if the Trump plan is published (reportedly immediately after the elections in Israel) before the damaging opinion is canceled, this could give a deliberate advantage to the Arab side, regarding the entire issue of the settlements. The negative opinion does not claim that the IDF presence in Judea and Samaria is illegal but it does attack the legality of all of the hundreds of thousands of civilian residences in the Judea-Samaria region, relying on legal argumentation characteristic of the Arab side, but denied by the legal experts Israel relies on.

The pressure to cancel the opinion comes from a number of American organizations. Rabbi Mark Dratch, Executive Vice President of the Rabbinical Council of America, which represents North America Orthodox Jewry in its relations with American government officials, said that the RCA “joins others in urging the United States administration to withdraw the Hansell memorandum”. The RCA’s Executive Vice President explained that the RCA “views settlements as legal according to international law”. Rabbi Dratch emphasized that the RCA “appreciates the support for Israel of the Administration” and also stressed “the strong bipartisan support for Israel in Congress.”

A statement from Christians United for Israel (CUFI), an American Christian organization that supports Israel, similarly clarified that “CUFI does not agree with the opinion offered by the Hansell memorandum and supports its revocation.” As of May 2018, CUFI’s membership is said to include 4.1 million Christian Americans.

Dan Pollak, Director of Government Relations at the ZOA warned that “the legal reasoning in the Hansell memorandum… has been used inside the State Department to actively sabotage the policies of several US presidents. With the new thinking of President Trump on the Arab-Israeli conflict, the negative impact of the memorandum have finally become too great to ignore…. The memorandum should be rescinded.”

The Orthodox Union has referred press inquiries regarding the Hansell opinion to a longstanding OU statement according to which “Assertions that Israeli ‘settlement activity’ is illegal under international law are incorrect.”

The cancellation of a legal opinion is a simple administrative action that can be implemented immediately. On the other hand, rewriting an opinion to include missing considerations that were not reflected in the first opinion is a much more complicated process. Therefore, the organizations chose to recommend that the opinion be revoked, instead of demanding that it be amended so as to reflect a reasoned position of legality.

In addition to the statements made by the organizations, a number of American public figures known as President Trump’s supporters have personally approached government officials and expressed their opinion that the opinion should be revoked.

As of today, none of these efforts have borne fruit.

In the meantime, BDS activists in the United States and abroad rely on the alleged illegality of the settlements as justification for boycott actions against Israel. In addition, 18 American-Palestinian activists have, for the past 3 years, been promoting a billion dollar lawsuit against American philanthropist Sheldon Adelson and others. Adelson is accused by the American-Arab plaintiffs of supporting Israeli “settlements.” This support, the Palestinian claimants allege, citing the Hansell memorandum and various international law documents, is illegal.

Sheldon Adelson did indeed donate a medical school to Ariel University. The entire city of Ariel is deemed illegal by the Hansell memorandum.