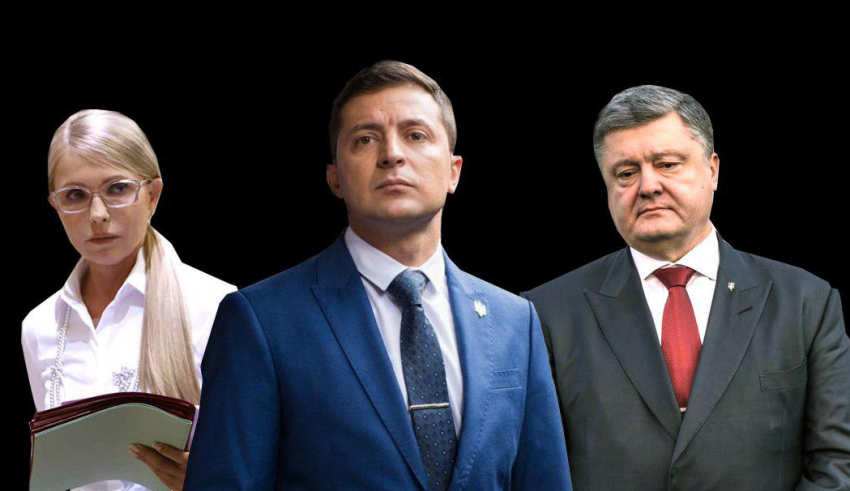 It is high time for Europe and the United States to pay much closer attention to Ukrainian politics and the whole range of possible outcomes of the elections ahead.

With less than a month to go until the first round of the Ukrainian presidential election on March 31, the result is still too close to call. But something that was a distant prospect a few months ago seems to be becoming more likely by the day: the actor, comedian, and film producer Volodymyr Zelensky, who has absolutely no political experience and no political structure or program to stand on, now has a good chance of progressing into the second round of the vote on April 21.

In the latest polls, Zelensky has taken the lead, and the distance between him and the other two main contenders—the incumbent President Petro Poroshenko and his archrival Yuliya Tymoshenko—is increasing. Zelensky is polling around 25 percent, ahead of the other two standing at about 16 percent each. While the possible second-round standoffs are even harder to predict, prominent opinion poll institutes expect Zelensky to win against both Poroshenko and Tymoshenko.

The Ukrainian elections have had only limited coverage in the Western media so far. This lack of interest and public attention is surprising given the fact that Ukraine is at the heart of the current confrontation between Russia and the West. Russia-Western relations worsened significantly following Russia’s annexation of Crimea almost exactly five years ago and the subsequent onset of the war in the Donbas, where Russia continues to back local separatists financially and militarily.

The near absence of Ukraine in the Western media in the run-up to an election that is of critical importance for Ukraine’s reform process means that many will be caught by surprise if one of two possible scenarios materializes: one, if Zelensky wins; or two, if the election result is contested, potentially pitting the top candidates and their supporters against each other. The latter could happen if Zelensky wins and parts of society do not accept the outcome. It could also happen if either Poroshenko or Tymoshenko win and the losing candidate questions the result and the legitimacy of the winner.

The rise of a political newcomer like Zelensky—who lacks any kind of political experience and whose only claim to fame is the lead role on a popular TV series, called Servant of the People, where he plays a teacher who accidentally becomes president—is, at first glance, a puzzling development in a country that has gone through an intense period of politicization and has a vibrant civil society monitoring and shaping the reform process.

The Zelensky campaign, conducted primarily via social media and deliberately blurring the line between TV and reality, channels the disappointment of a considerable segment of society in the wake of the 2013-14 Euromaidan into a protest vote.

Comparisons are frequently made between Zelensky and the Italian comedian Beppe Grillo, who rose to prominence as the figurehead of the populist Five Star Movement. However, the Ukrainian case is even more surprising. Grillo increased his popularity once a movement and the outlines of a party structure had been put in place. By comparison, Zelensky lacks any kind of political structure. It is this vacuum that could have serious implications in the aftermath of the election. Should Zelensky win in the second round in April, a flurry of interests will attempt to fill the vacuum left by his campaign, which has deliberately stayed clear of concrete messages and media interviews.

For the moment, it is anyone’s guess whose interests will have the upper hand in the struggle that is bound to be unleashed either publicly or behind closed doors. The fact that Zelensky’s show airs on a TV station controlled by oligarch and Poroshenko-opponent Ihor Kolomoiskyi suggests a link between them, despite their respective statements disputing any kind of special relationship. The extent to which Kolomoiskyi or others will influence Zelensky will only become obvious after the vote.

The second scenario would bring a different kind of uncertainty, resulting from the losing candidate calling into question the result. A new wave of protests would prove even more difficult to channel politically than the 2013-14 protests. The loyalty and behavior of the police would play a critical role in this scenario. Even without a significant element of societal mobilization, this scenario could also include a period characterized by an uneasy coexistence of a newly elected president Tymoshenko or Zelensky and a ruling coalition in parliament with little or no party representation of the newly elected president. Another period of difficult executive-legislative relations and intra-executive tensions could once again paralyze Ukrainian politics and potentially lead to a series of presidential initiatives aimed at outmaneuvering the Rada (including on constitutional reforms), votes of no confidence in the government, and the dissolution of parliament.

Even without such instability, the presidential election will set the stage for the parliamentary election in the autumn. Zelensky would have to concentrate on building a party or bloc. Regardless of whether Tymoshenko wins or loses in the presidential election, her Fatherland Party would stand a good chance of increasing its representation in parliament significantly. By comparison, Poroshenko’s bloc would come under pressure and could fracture both with Poroshenko as president and as an opposition force.

Post-election politics may avoid the scenarios outlined here, but they cannot be dismissed outright. Thus, it is high time to pay closer attention to Ukrainian politics and the whole range of possible outcomes of the elections ahead. And it is high time for the EU to prepare for all possible scenarios.

Gwendolyn Sasse is a non-resident senior fellow at Carnegie Europe and director of the Centre for East European and International Studies (ZOiS) in Berlin.